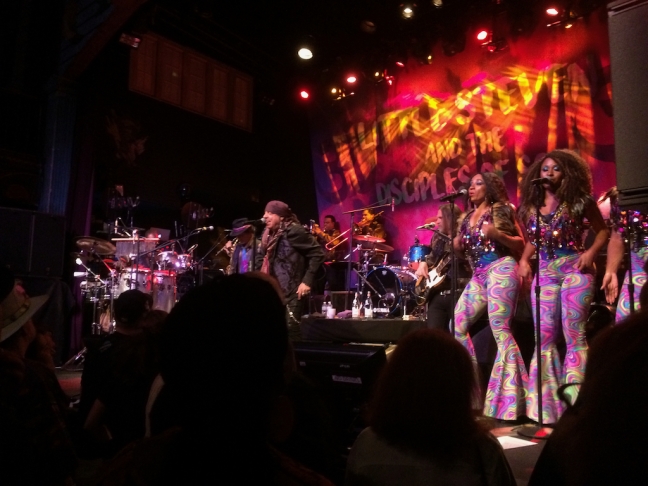 When the show starts with a blistering version of “Sweet Soul Music” and just keeps getting better, that’s a good show. And that was only part of it.

We were at the House of Blues on Wednesday for Little Steven van Zandt and the Disciples of Soul, and the “teacher appreciation tour.” And Tori is a teacher. So she had the chance to sign up for the event as “professional development.” Usually that means a day listening to a speaker talk about diversity in the classroom, or new reading theories, or discipline or common core. All important topics, I’m sure. But none of them can hold a candle (or a Bic lighter) to Wednesday’s program, which included a two-hour concert. And because she’s a teacher, it was free and she could invite a “plus one.” That was me. (Our son Max, a music major at UNO, was the plus one of one of Tori’s colleagues. Thank you, Ruth.) 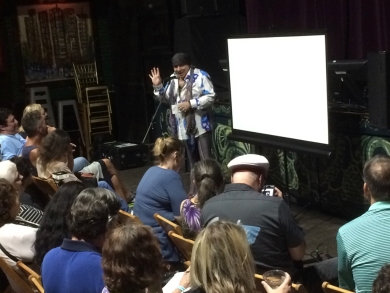 It was a program by a group called Teach Rock. Check them out at teachrock.org. They’ve got a ton of resources – music and video – and lesson plans and hints for how to use them in the classroom. Not just so kids learn about the history of rock ‘n’ roll – not that that isn’t important. Do you realize there are kids today who have no idea who Chuck Berry or Buddy Holly were, or even Elvis!!?!

But this goes WAY beyond that. There’s material on how to use rock and pop music to teach English, social studies, even math and science.

And Steven van Zandt is a big supporter of the program. The event started with a three-song set by van Zandt and his band – 15 musicians total. It was – Wow! Then he talked to the hundred or so teachers gathered on folding chairs on the floor of the House of Blues, calling them “the most underappreciated and underpaid” workers in America – true that – and also apologizing for the hell he gave his teachers in high school. Then they took a “class photo” – van Zandt is front and center, of course, you can see Tori and Max in the back row, left of center, making peace signs.

The program itself took about an hour, and I don’t think anyone would have minded if it had gone twice as long. This group – Teachrock.org – has put a lot of thought in how to use popular music to engage kids who might otherwise not give a damn about school. Tori got a ton of inspiration and ideas that she can’t wait to bring to her classroom next school year.

Then they cleared the chair from the floor and opened the doors – people had been lining up outside for three hours. Yeah, some people had to pay to see the show, Imagine that!

And then – well, like I said, they opened with a blistering “Sweet Soul Music” – that hot horn opening, Do ya like good music (Yeah yeah) That sweet soul music (Yeah yeah) – and when the song was done I turned to Tori and said, “If we had to leave right now, I’d be okay with that.” It was that good. 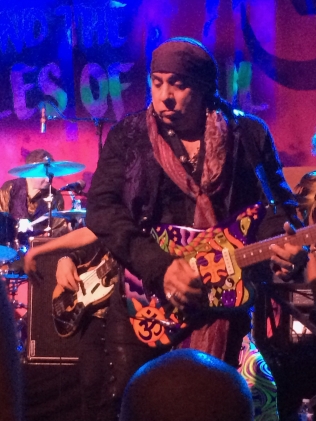 And it kept getting better. Van Zandt wasn’t just performing – he was preaching, singing the gospel of “real, live music.” Not computerized, no autotune or drum machines. Two percussionists pounding the skins and the horn section blowing their souls through hunks of hot metal. That kind of real music.

It was a great show. “Down and Out in New York City,” “Soulfire,” “Forever,” “Princess of Little Italy,” some Temptations and lots more – two hours of great, hot, real music.

And Tori got credit for professional development. And a lot of great ideas for using in her classroom next year. And a T-shirt!

If you’re a teacher or student, check out teachrock.org. You can register and have access to a ton of resource and ideas and maybe learn a thing or two that will liven your classroom next year and engage your students in a way they haven’t been before. 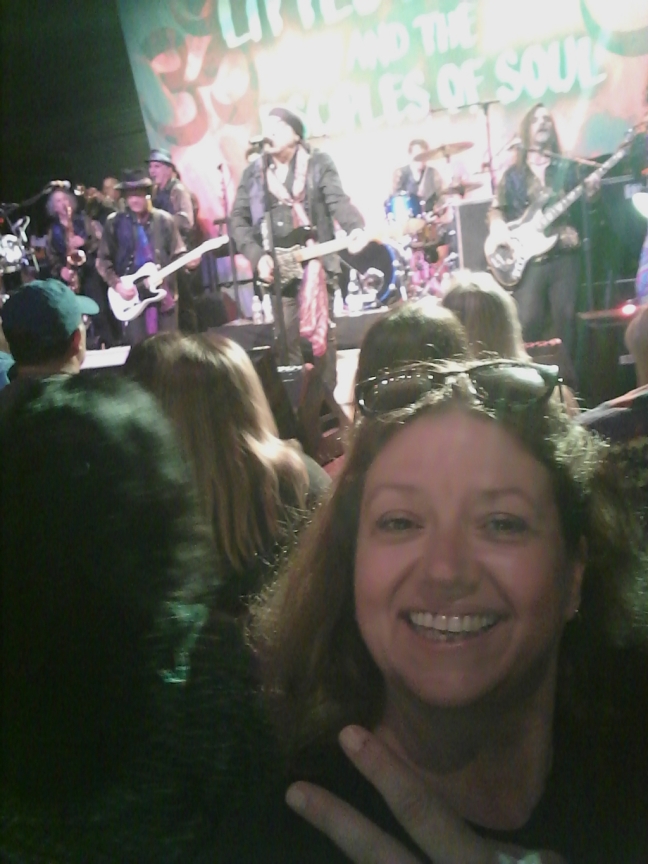